Busy week for the Lady Vikings kicked off with Scrimmages, District, and then NEPS.  After splitting against Southlake Carroll and Grapevine in 45 minute games, the Lady Vikings won another district matches against John Paul, tied the #3 team in the Nation, beat Colleyville Heritage before dropping their last 2 matches against Florida Monteverde and SA Central.

The Lady Vikings have games they need to win and games they want to accomplish key learning experiences and this first week of the New Year did just that.

Megan Bettinger scored 3 goals during the week, all against John Paul, while Hannah Allred also scored 3.  Mikaela Gamboa added 2 herself against Colleyville Heritage including the game-winner.  Kate Kleiser and Emily Keoghan each scored a goal.

The best part of the week was treating the Florida Monteverde Academy team to Basketball and Ice Cream on Saturday night.  After the two teams met on the field Saturday morning, the Lady Vikings gave the Lady Eagles some good ol Texas hospitality.  The teams took in the NCAA DI Big 12 Men's Basketball match-up between the TCU Horned Frogs and the Texas Longhorns before walking across the campus to Sweet Frog after the game where the players got to know each other better. 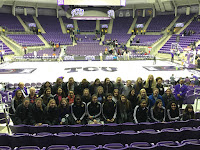 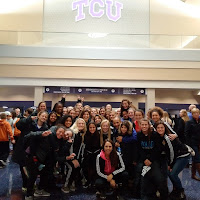 Montverde has players from Brazil, Ecuador, Bermuda, Finland, Guatemala, Mexico, Trinidad, and of course the United States.  They play with a unique flavor on the field and the personality off the field is special.  Sweet Frog was't ready for these girls to sell the place out of Ice Cream and toppings. 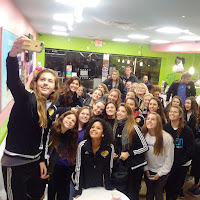 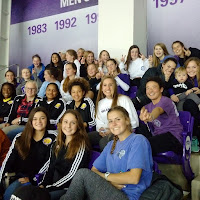 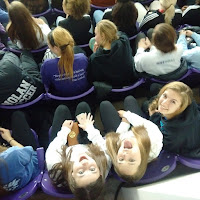 New relationships were formed, selfies were taken, contact information, and social media accounts were exchanged and the LVS Family just got a lot larger.

"This is what soccer is about.  We try and give our girls not only an awesome experience but also a unique experience they are not going to get anywhere else," said Fitzgerald. 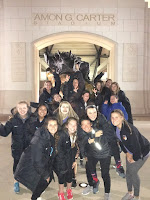 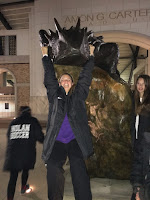 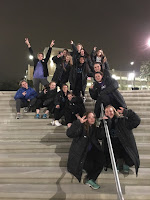 The Lady Vikings return to the field tonight against Parish in a TAPPS 1-5A match-up and then starting Thursday the JV and Varsity both continue their tournament season.  The JV look to defend their championship from last year in the Bear Cave Classic against Boswell on Thursday night at 7pm at Brewer HS Stadium.  The varsity will showcase themselves in the Allison Horn Memorial Showcase hosted by Colleyville Heritage High School against Denton Guyer on Thursday night as well kicking off at 8pm at Mustang-Panther Stadium.
Posted by . at 12:36 PM
Email ThisBlogThis!Share to TwitterShare to FacebookShare to Pinterest