All soccer players signing up for the 2016-2017 Lady Vikings Soccer Program (Including Freshman) should request H Period next year as our in-season and off-season training sessions will begin during that specific period.

Here is how it works…

Here is how our soccer schedule will work next year as far as training (we always plan for a 2 hour block for training in season and 1 hour for most off season sessions).


Please request H Period next year.  If there are any conflicts please let Jay Fitzgerald know at jay@jatoathletics.com or 817-917-1491.
Posted by . at 11:13 AM No comments:
Email ThisBlogThis!Share to TwitterShare to FacebookShare to Pinterest 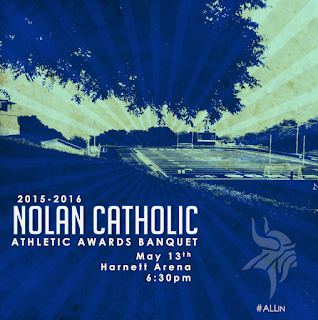 The Lady Vikings Soccer Program will get together one last time to celebrate another tremendous season but this time they get to do it with their fellow Nolan Catholic student-athletes at the Athletic Awards Banquet tonight at the Harnett Arena on the campus of Nolan Catholic High School.

All the teams from the 2015-2016 TAPPS season will be in attendance as they are recognized for their hard work and dedication to the Nolan Catholic community.  Over 500 student-athletes will pack the arena accompanied by their family and friends.

Team and individual awards will be presented tonight along with the athletic department superlative awards capped off by the Senior Candlelight Ceremony marking the end of the high school athletic journey for these special young adults.

Doors open at 6:30pm but LVSers will arrive at 6:15pm for team pictures.  The video starts playing right at 6:30pm and the program begins at 7:00pm.  Pizza and drinks will be provided for the student-athletes.
Posted by . at 1:45 AM No comments:
Email ThisBlogThis!Share to TwitterShare to FacebookShare to Pinterest 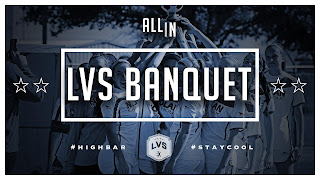 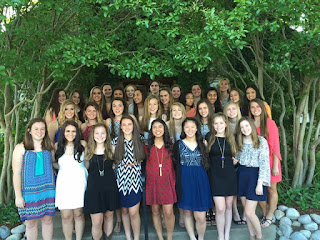 A week ago the Lady Vikings Soccer Program celebrated another successful season of LVS.  Tons of wins, goals, laughs, memories, sweat, etc.  There was success on and off the field.  It all started when the Lady Vikings held their annual LVS Team Camp in July and then headed off to Possum Kingdom Lake for a Team Retreat before the school year even began.  Off-season started a week into school with a bright and early crack of dawn training session and from that point forward the tone was set.

The bar was set high and everyone was #ALLin.

Joe Ts was the stage for the Welcome Back Luncheon as well as the end of the year banquet.  Almost 100 people filled the room last Sunday night in support and celebrate of a job well done by these LVSers.  The players arrived to what it seamed like paparazzi and posed for pictures before the evening invocation delivered by junior, midfielder Kate Klesier.  Dinner was served and the program began.

The JV team played the toughest schedule in the history of the program with 8 of the games decided by 1 goal.  You know the game of soccer... if one moment, one ball, one touch goes a different way then another double digit win season was in the books.  They fought back to another TAPPS JV Post Season Tournament and in that semi final game again ONE moment goes differently, the championship game is the final game of the season once again. 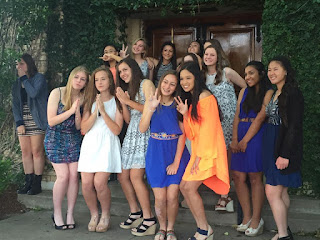 The varsity won 20 games with 12 of those by way of a shutout.  In scoring 96 goals, the varsity won the Duncanville Kick Off Classic, were crowned TAPPS Area and Regional Champions, and made their 28th trip to the TAPPS State Final Four which is more than any other team in the history of TAPPS. 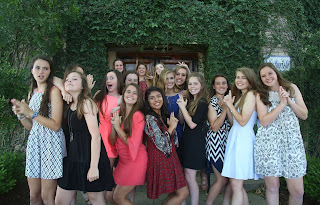 This is one of the most consistent programs in the history of high school soccer closing in on 800 wins averaging almost 17 wins a year.

The JV Awards were handed out on the evening with Lauren betting getting Player of the Year.  Defender of the Year goes to Hailey Hunt.  The Utility Player of the Year is Sophie Bailey with Co-Most Improved Players going to Lyssa Cedeno and Wesley Feemster.  Deborah Cottrell gets the Bleed Blue Award.

The varsity awards will be handed out at the All-Sports Banquet on May 13th.

The evening was capped off with a 77 minute feature presentation of the 2015-2016 season, starting with 320 hours of footage during the year.  A lot of memories stuffed into 77 minutes.  ALLin is a Be An Athlete® production presented by JATO Media. 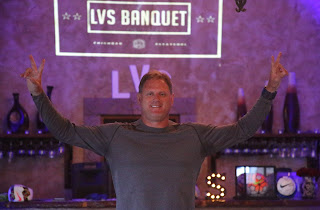 "A lot of good people in the room tonight that deserve the credit in the success of this program," said head coach Jay Fitzgerald. 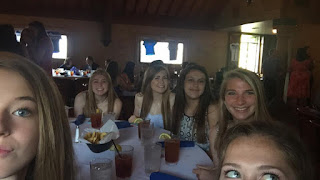 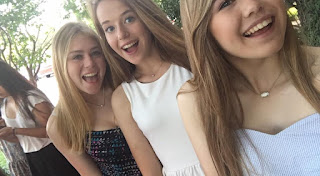 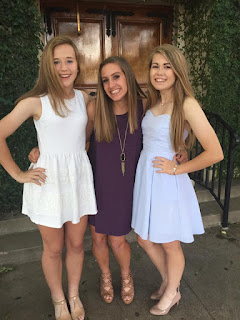 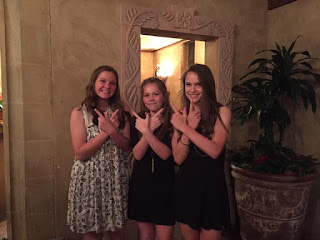 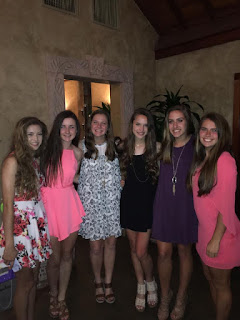 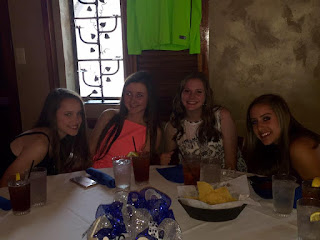 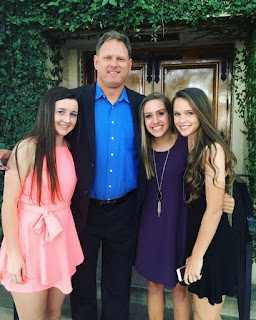 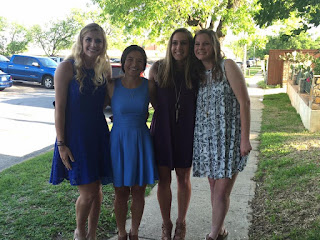 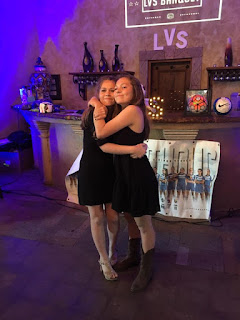 Posted by . at 2:14 PM No comments:
Email ThisBlogThis!Share to TwitterShare to FacebookShare to Pinterest
Newer Posts Older Posts Home
Subscribe to: Posts (Atom)