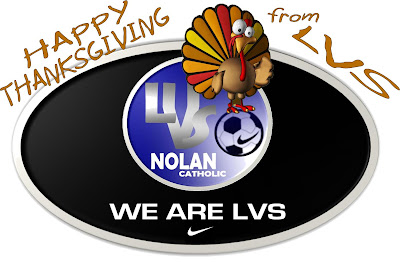 Posted by . at 8:36 AM No comments:
Email ThisBlogThis!Share to TwitterShare to FacebookShare to Pinterest

Top 10 Nolan Lady Vikings Players...
*These players have helped build this program into one of the top high school women's soccer programs in the country and have made a difference on and off the field through their hard work, dedication, respect, leadership, and attitude.

#10 Margaret Taraba ('03) Texas A&M
Margaret stormed onto the scene her freshman year as the teams leading scorer with 24 goals and 4 assists for 52 points. She was a very intelligent player with a nose for the goal. She was in the right place at the right time. She had extreme presence in the box and was not afraid to mix it up. Margaret had an incredible work ethic and helped lead this program to many highs during her successful high school career. Even though Margaret missed about 70% of the season her junior year due to a knee injury she still played over 80 matches for the Lady Vikings scoring 54 goals and 15 assists for 123 points. Margaret played club soccer for D’Feeters ’85, Texas Image ’85 and ’82, and JATO Image ‘84.

New Season ahead for the Lady Vikings

The Lady Vikings are in unfamiliar territory at 3-4-0 after the first half of the district season but all and all have plenty of positives to build on as they move into Season 2.

Nolan Catholic has battled injuries and a lopsided 5-0 loss to the nations #4 team, Ursuline. The Lady Vikings received a pre-season ranking of #35 in the country by ESPNRise and beleive that that is where they belong outshooting opponents 108 to 34 through 7 games. In 3 of their 4 losses, they put 36 on target while conceding only 7. In losses to Liberty, John Paul, and TCA they also had a 21-7 corner kick advantage.

There is another 7 games to play in district and 6 teams will make the playoffs with the Lady Vikings never finishing less than 2nd. That is still in their sights as they start Season 2 with Liberty Christian at home on November 29th.

"I am proud of the way our team has responded in training and the way we compete but there is a lot more we have to offer," said Lady Vikings Jay Fitzgerald, "No one has seen our true team."
Posted by . at 1:22 AM No comments:
Email ThisBlogThis!Share to TwitterShare to FacebookShare to Pinterest

Please join us each week for the TOP 10 LVS Moments over the last decade. The Nolan Catholic Women's Soccer Team continues to gain the local, regional, and national respect each and every year. Here are some of the memorable moments that have defined this impressive, consistent program over the years...

The Lady Vikings pride themselves on playing the best competition in the country. They always have one of the toughest schedules year in and year out from tournaments, to showcases, to the best public and private schools from the West Coast to the East Coast.

The Nolan Catholic Women's Soccer team defeated Plano Senior High School in a shoot-out on January 24th, 2004 in the Lewisville Cup. In route to the championship, the Lady Vikings defeated Frisco 5-0 and tied Plano East 1-1 and Flower Mound 0-0 to earn their spot in the final against defending champion, Plano. In the championship, the Lady Vikings and the Lady Wildcats were scoreless at the end of regulation and the 2 OT periods and the match was to be decided in a 35-yard dribble-up shoot-out. Heather Ulliman and Laurel Faulhaber scored their attempts for the Lady Vikings and Lady Viking, Goalkeeper Brittant O'Brien saved all but 1 attempt by Plano in what would be a 2-1 victory for the Lady Vikings.
Posted by . at 11:32 PM No comments:
Email ThisBlogThis!Share to TwitterShare to FacebookShare to Pinterest

Hats Off to Murray: Firsts

Junior, Lindsay Murray scored a hat trick on Saturday against Bishop Dunne in route to a 7-0 win for the Lady Vikings. Megan Billingsley, Kayleen Negron, Sara Chandlee, and Gaby Larson each scored their first goals of the season. Negron and Larson each inked their first career high school goals.

The Lady Vikings move to 3-2-0 on the year and in Saturday's win they earned 13 corner kicks. "We were able to establish a good rythme today on a very narrow field and our players handled it well," said head coach Jay Fitzgerald. This was the first time all year the Lady Vikings have played on natural grass.

The Lady Vikings return home on Monday to take on John Paul II and again on Wednesday as TCA comes to Fort Worth. Both matches will kick-off at 8pm.
Posted by . at 5:22 PM No comments:
Email ThisBlogThis!Share to TwitterShare to FacebookShare to Pinterest 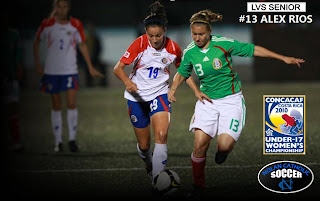 The Lady Vikings even their record at 2 with a 3-0 shutout win over the Presontonwood Lady Lions on Thursday night. Nolan Catholic gets the game winner from Senior, Mexican International, Alex Rios on a free kick from about 30 yards out in the 15th minute.

The Vikings didn't stop there, as they put 2 more goals away in the first half of play. Both goals coming from freshman, Elizabeth Havenhill, the first ans second of her high school career.

"It is nice to get goals from our young players," head coach Jay Fitzgerald commented. Havenhill has played several roles throughout the young season. Fitzgerald added, "It was nice to see the excitiment from Liz after scoring her first high school goal, we expect more out of her as the season go on."

Junior, goalkeeper, Mary Heidt only had to make 2 saves in route to her first high school shutout.

The Lady Vikings will travel to Bishop Dunne on Saturday for a 1pm kick-off. That game was moved from Friday night.
Posted by . at 10:26 PM No comments:
Email ThisBlogThis!Share to TwitterShare to FacebookShare to Pinterest

The Lady Vikings play host to Prestonwood Christian on Thursday night at Doskocil Stadium, kick-off is at 6pm. Friday's match at Bishop Dunne has been moved to Saturday at 1pm.
Posted by . at 12:02 PM No comments:
Email ThisBlogThis!Share to TwitterShare to FacebookShare to Pinterest

The Lady Vikings (1-2-0) avoid dropping its first 3 matches with a 2-1 win over Bishop Lynch on Monday night. Nolan has never lost 3 consecutive games in the history of the program and Lindsay Murray's 2 goals keep that impressive mark alive.

Bishop Lynch get an early goal but Murray answers in the 10th minutes to equalize.

The Lady Vikings continued to attack the entire match outshooting the Lady Friars 12-2. It wasnt until the 72nd minute when Murray struck again - that was all Nolan Catholic needed to get their first victory of the year.

Prestonwood comes to Doskocil Stadium on Thursday. Kick-off is set for 6:00pm.

On Friday, the Lady Vikings travel to Bishop Dunne for a 5:30pm kick-off.

Nolan looks to make-up much needed points after they dropped a late week match to Ursuline 5-0 last Thursday night.
Posted by . at 12:17 AM No comments:
Email ThisBlogThis!Share to TwitterShare to FacebookShare to Pinterest

Edged in District Opener; Ursuline Next

A game that turned into a track meet saw the Lady Warriors take a corner in the 2nd OT period to defeat the women of Nolan Catholic by a score of 1-0. "Set pieces can be the bread and butter of any team and Liberty was opportunistic," commented Lady Vikings head coach Jay Fitzgerald, "we created a lot of good chances and have to be sharper in front of goal." Haley Spotts and Lindsay Murray combined for 9 shots.

With 13 games remaining in district play, Fitzgerald is going to take it game by game. Ursuline is next, 20-time State Champion Ursuline. The Lady Vikings play host to the Lady Bears this Thursday night at 8pm at Doskocil Stadium. The JV will play at 6:30pm.
Posted by . at 9:22 AM No comments:
Email ThisBlogThis!Share to TwitterShare to FacebookShare to Pinterest

LVS11 OPENS ON THE ROAD, MONDAY

LVS OUTLOOK...
With nine of 11 starters returning this winter, the Lady Vikings return plenty of experience in 2010. Of the 22 players that dot the Nolan Catholic roster, 14 earned letters the previous year. The Lady Vikings are young but have plenty of experience featuring senior, defender Alex Rios would helped the U17 Mexican Women's National Team qualify for the 2010 U17 FIFA Women's World Cup. Rios plays club soccer for FC Dallas.

The Lady Vikings return firepower, creativity/flare, and goalkeeping which are all characteristics which have helped the Nolan Catholic Women's Soccer Program gain local, regional, and national respect each year. The program will host one of the nations most prestigious college showcase events again in January, the Red Bull Nolan College Showcase which will take place January 13-15, 2011. Teams from California, Florida, Louisiana, and Texas will be represented in the event. ESPN Rise will once again cover the event and the nation's #1 team will be determined based on results of the event.

The Lady Vikings pride themselves in playing one of the most competitive schedules in the country. Some of the top LVS 2010-2011 opponents are Ursuline, San Clemente (CA), Marcus, Southlake Carroll, and Grapevine.